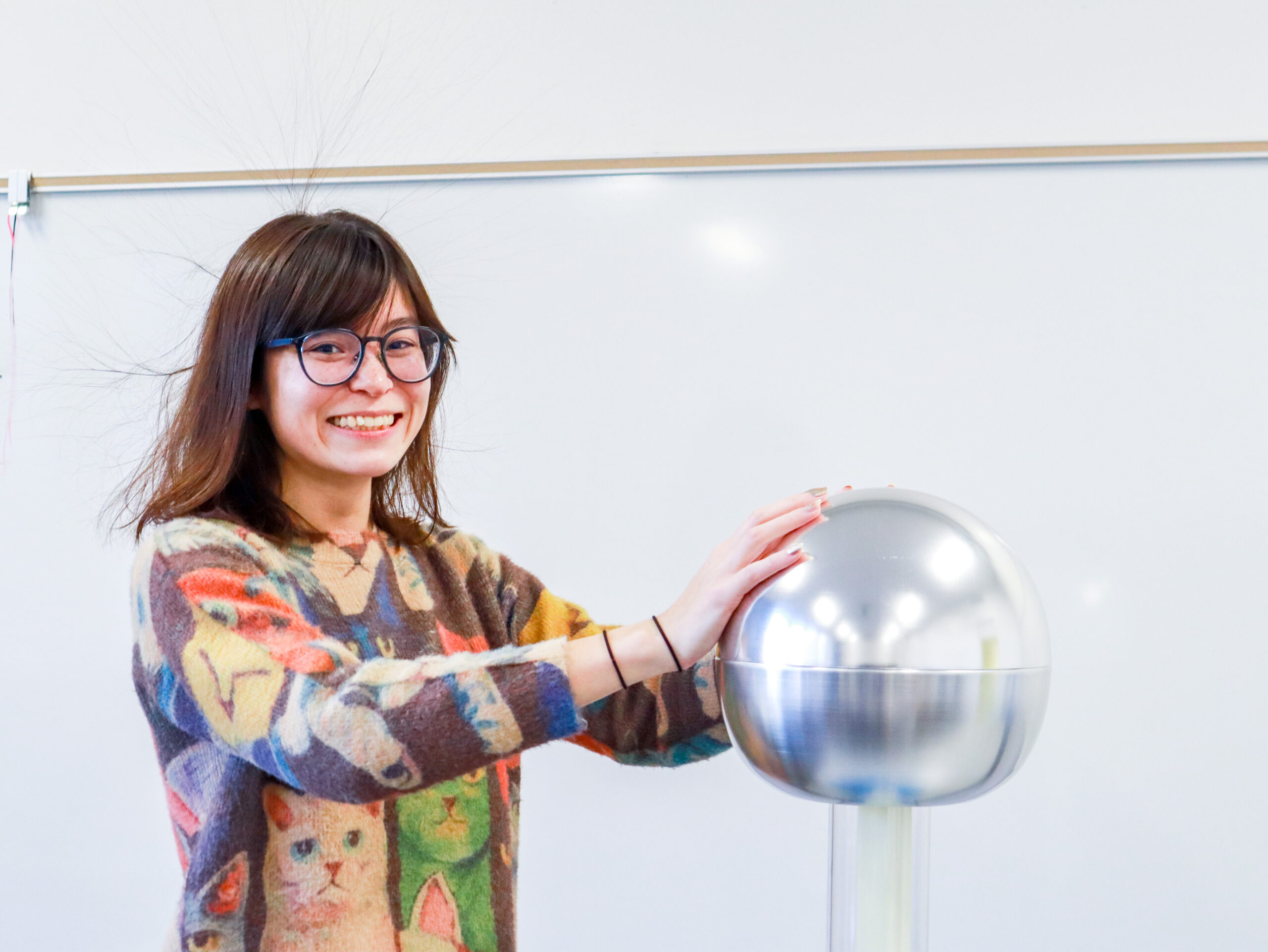 Upon dismissal from jury duty, Ngara Bird opened her phone and read an email in exuberant disbelief: she had won her first ever award.

As an undergraduate physics student, Bird said she was really quiet, felt completely alone and tended to fall through the cracks. But her experience at SDSU has been different.

Having a supportive community of other physics students and a mentor who advocates for her has helped her find her voice.

The stage fright she would get before teaching a class has lessened, partly because she has learned to not compare herself to her favorite instructors.

As the head teaching assistant for the physics lab course on electricity, magnetism and optics, she’s worked to develop her own teaching style. She encourages life sciences majors to reason through explanations themselves and she connects the content back to biology and pre-physical therapy applications.

Bird has something in common with her students. Through research projects aiming to improve MRI data processing techniques, she enjoys helping people while still doing physics.

Initially, she was intimidated by the complexity of the physics underlying magnetic resonance imaging machines, worried she would never fully understand how they work. But once she started to learn more, her amazement and enthusiasm for them deepened.

“They’re definitely the way of the future in terms of noninvasive imaging!” she said.

“Ngara is a highly motivated researcher and passionate about conveying her enthusiasm for science to students of all ages,” said Bird’s mentor and physics professor Usha Sinha.

Bird flexes her newfound confidence and interests as the current president of Women in Physics, a group for SDSU physics students of all gender identities that organizes social and outreach events.

“Our foundational goal is not just to show girls what physicists look like, but also to do demonstrations and presentations at local schools,” Bird said.

Some of her favorite demos have been using a Van de Graaff generator to produce static electricity and using a vortex cannon to knock over objects with air.

After accepting her award at the CSUPERB symposium in Northern California on January 14, Bird anxiously awaits the results of her medical physics certification exam. Depending on her scores, she will be placed in a two-year residency program in medical imaging. She only hopes she will find somewhere that has helped her grow as much as SDSU has.