The former astronaut inspired an audience during President’s Lecture series and made a $100,000 endowment in her name from the Gordon and Betty Moore Foundation.

“I could not have imagined this career when I was a student at San Diego State,” Ochoa said in an inspiring talk to a packed auditorium, as part of the President’s Lecture series at Montezuma Hall. In addition to SDSU faculty, staff and students, Ochoa’s audience included students from local schools for whom she continues to serve as a role model in more than two decades of educational activities.

Ochoa, who grew up in La Mesa and attended Grossmont High School, graduated with a Bachelor of Science degree in 1980. Her honorary science doctorate, presented by President Adela de la Torre and California State University Trustee Jack McGrory, is the 51st to be bestowed by SDSU.

“We’re so fortunate to have you as a role model for the young men and women pursuing their STEM careers,” de la Torre said.

Ochoa described how her education at SDSU led to advanced degrees from Stanford University and a research career, and how NASA’s Space Shuttle program, created “careers that just weren’t open to women before then.”

She showed footage from her first, 10-day flight into space and a later mission to dock with the then-new International Space Station.

Ochoa said a sister, two brothers, and two nieces also graduated from SDSU, as did her mother, who enrolled in classes over an extended period of time and graduated two years after Ochoa.

A question-and-answer session, mostly with younger members of the audience, including queries on how she kept in touch with her family while in space (mostly by email) and playing musical instruments there (Ochoa on her first mission brought along a flute, which she had played for two years as a member of the Marching Aztecs and five years in the SDSU Wind Ensemble).

The lecture ended with an unannounced appearance by this year’s Marching Aztecs, led by the flute section and playing the SDSU Fight Song. Ochoa clapped and chanted “S-D-S-U Aztecs Fight” as the group worked its way to the front of the hall.

Earlier, Ochoa toured the Physics building where she attended classes as an undergraduate, and met with one of her former professors, Jeffrey Davis, who continues to teach. Ochoa credits Davis with helping to steer her into her interest in Fourier optics, one of her specialties in her selection as an astronaut in 1990.

Ochoa also toured the new Engineering and Interdisciplinary Sciences (EIS) Complex, which was dedicated in January 2018, and had lunch with a group of College of Sciences faculty and students.

In addition, de la Torre announced Ochoa has designated the College of Engineering’s Femineer Program, which seeks to inspire women to pursue STEM education and careers, for a $100,000 endowment in her name from the Gordon and Betty Moore Foundation, where she serves on the board of trustees. 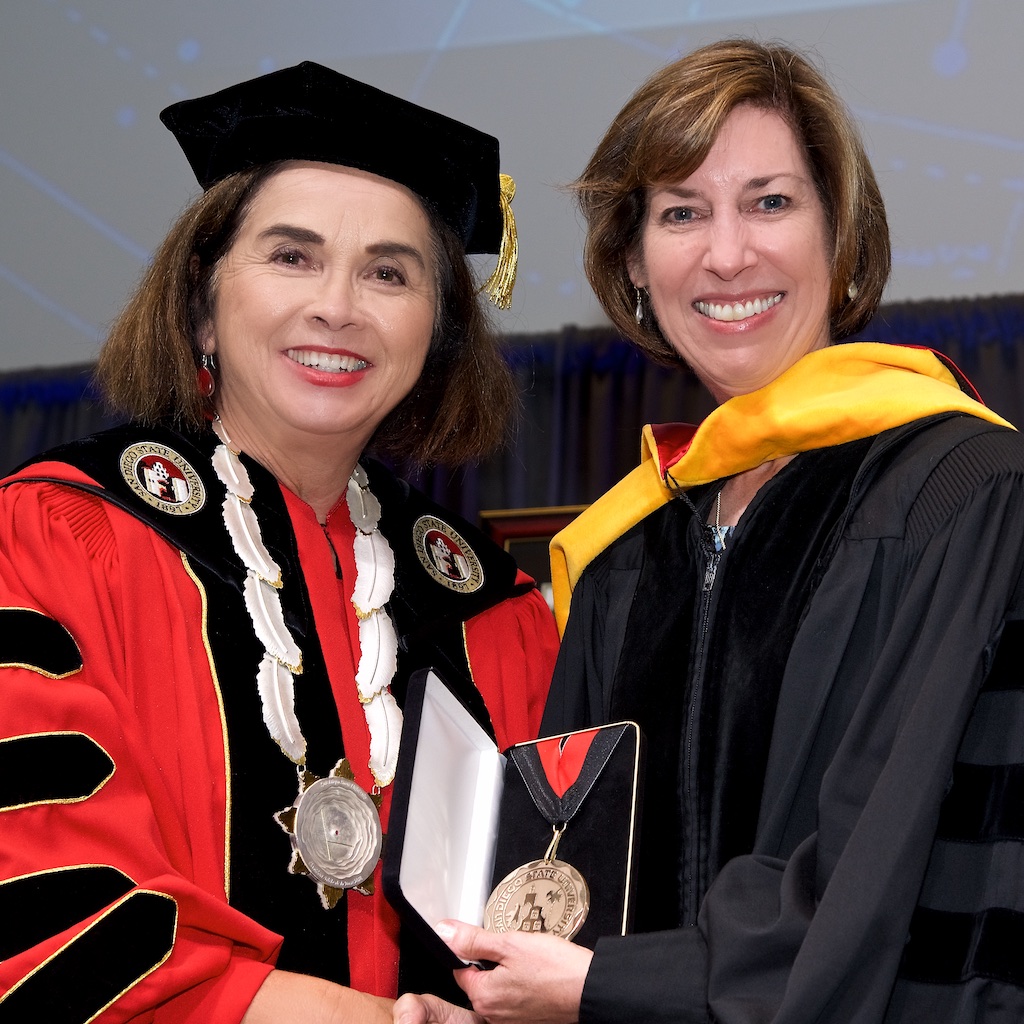 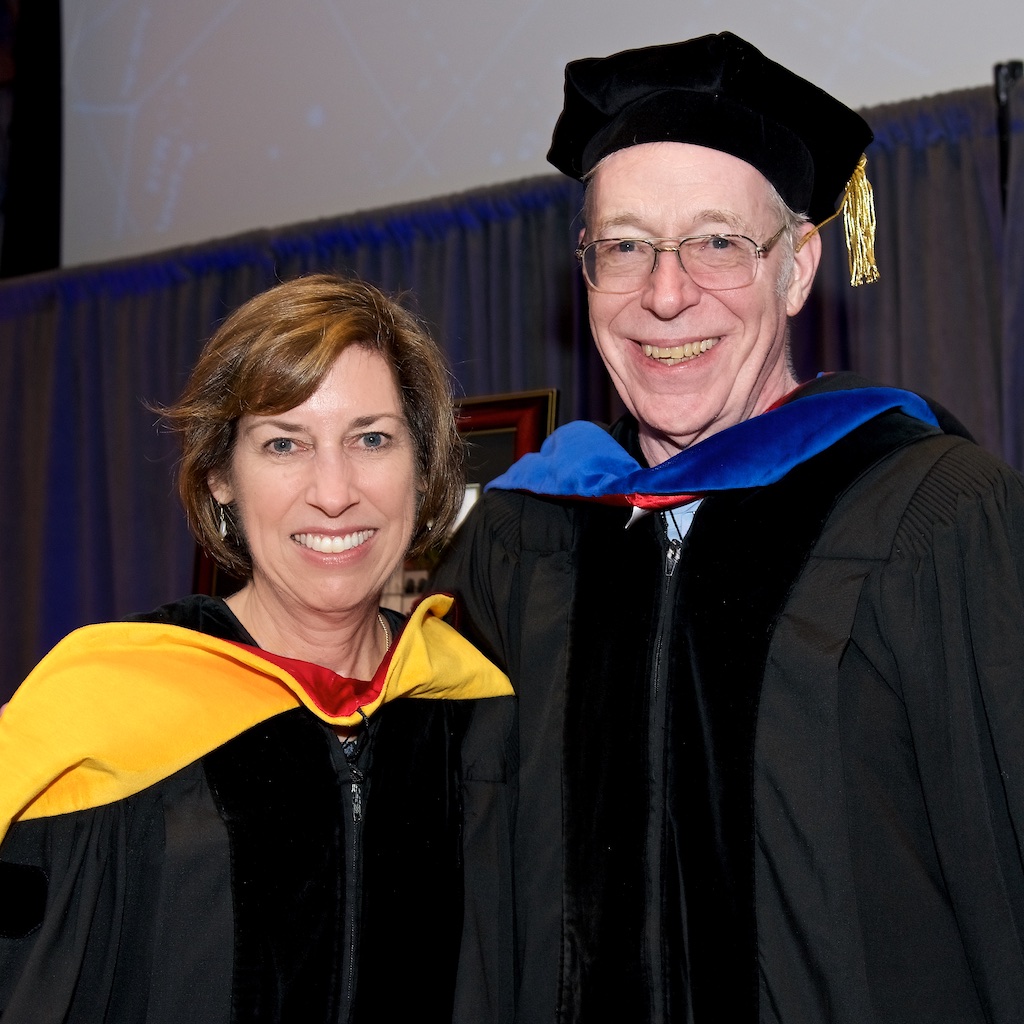