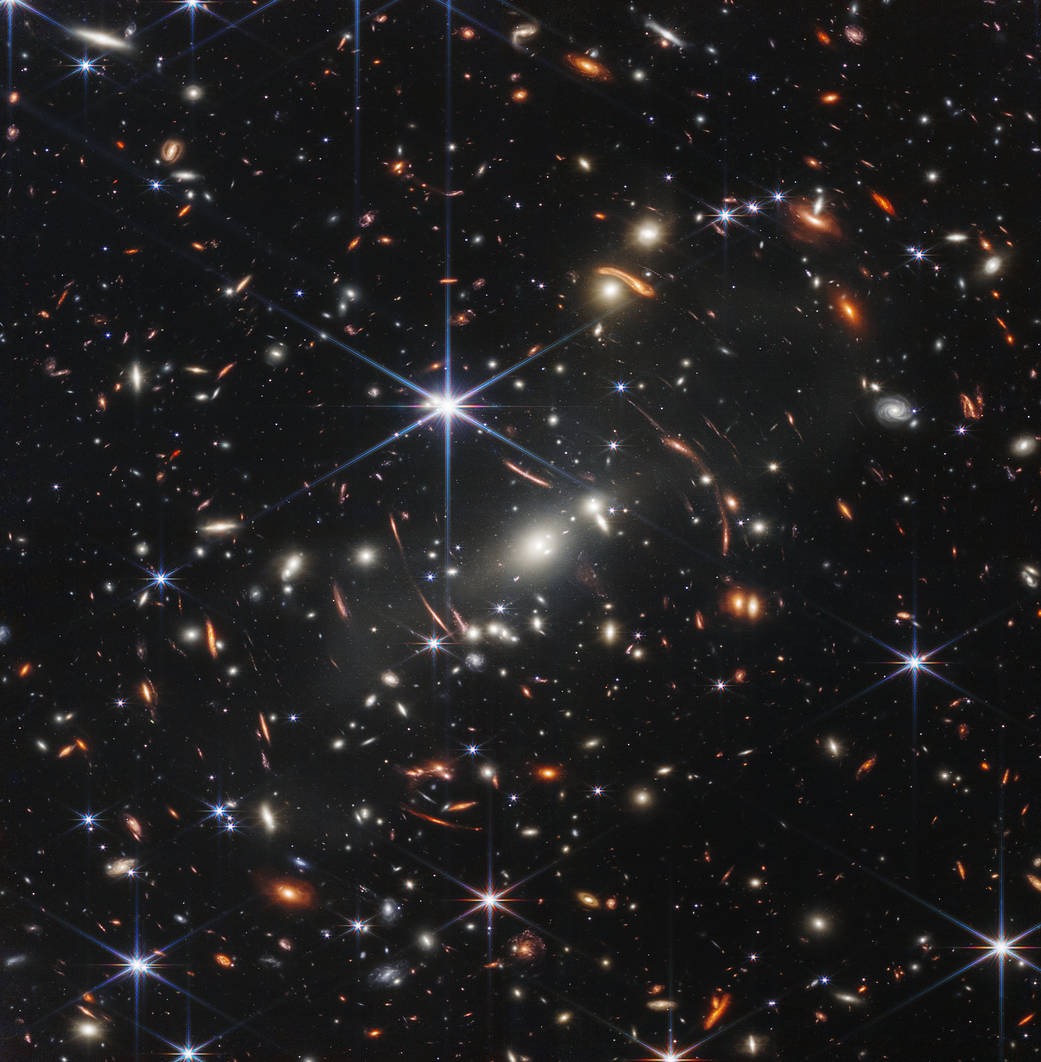 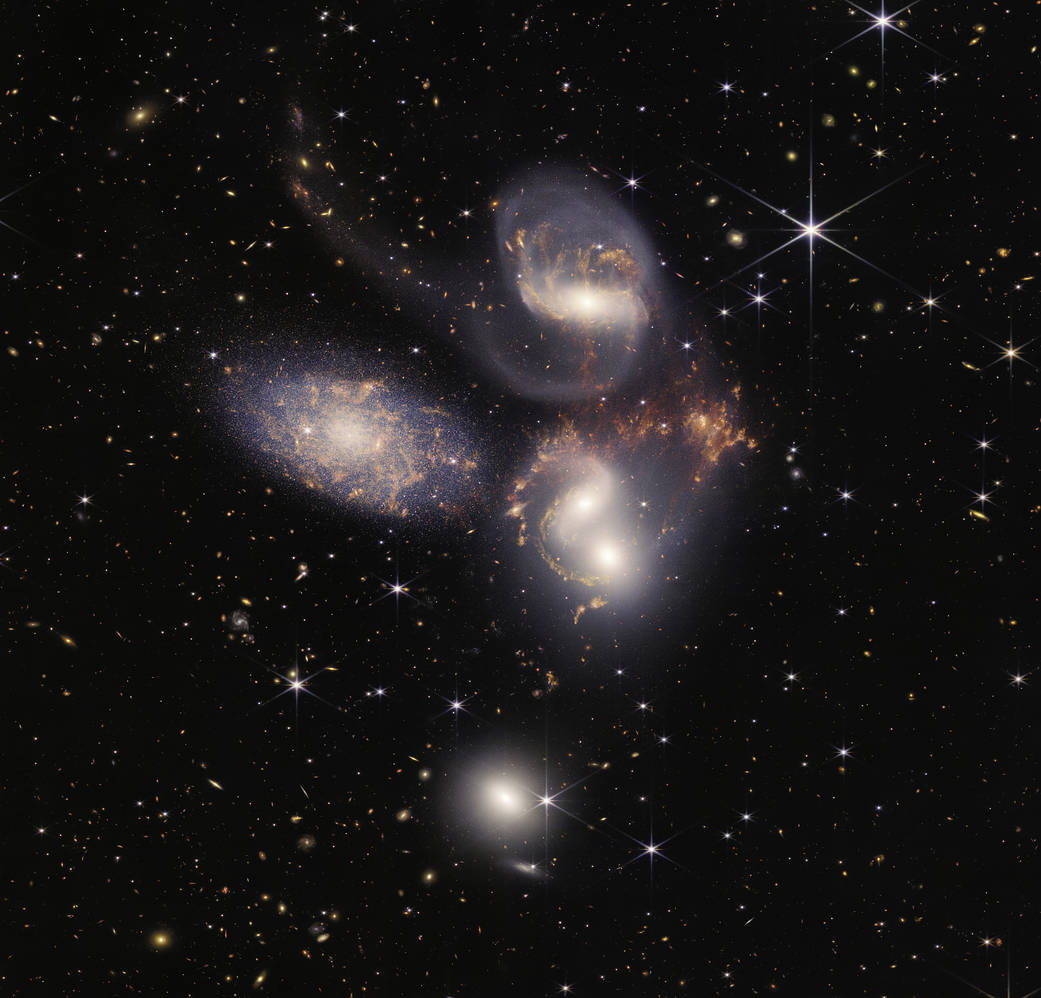 Alumna Trina Ray was hoping to watch President Joe Biden release the first image from JWST on her giant computer screen at NASA’s Jet Propulsion Laboratory, where she works as the Europa Clipper Deputy Science Manager and REASON Investigation Scientist. Due to delays, she could only watch on her phone at her dentist’s office.

Her uncontrollable excitement at seeing the deep field image, strewn with thousands of galaxies swirling through space over 13 billion years ago, resounded through the reception area. Everyone in the office – even her dentist – stopped what they were doing to glance at her phone.

“I was pleased as punch to be sharing such an amazing image minutes after it was released to the public,” Ray wrote in an email. “Everyone was amazed!”

The next morning, she tuned into the NASA live broadcast for the rest of the images.

“The new deep field was astounding, not only because the resolution was so much better, but because of how FAST they were able to collect the photons that made that image,” Ray wrote. An image like this took the Hubble Space Telescope several weeks to collect, but JWST’s version was collected in just over twelve hours.

Current Astronomy master’s student Ashley Lemasters was particularly excited about the image of Stephan’s Quintet because she researches interacting galaxies, like the five in this patch of sky.

“These images are able to peer through dust that would otherwise obscure some incredible features!” Lemasters wrote. “I was in awe!

Associate professor Kate Rubin was most excited about the spectrum data from a distant galaxy, saving it for last of the data she showed students in the SDSU Training Astronomy Research Scholars (STARS) program on Tuesday morning. This image provides evidence of hydrogen, oxygen and neon in one of the earliest galaxies.

“This telescope allows us to see what gases were in galaxies a few hundred thousand years after the Big Bang.”

About the spectrum from WASP-96b, which confirmed the presence of clouds and liquid water, Rubin said, “This is huge for understanding the potential for life on other planets.”

Later that morning, she would go on to teach the STARS students about spectroscopy, the very technique astronomers used to identify water on WASP-96b, and one of the integral techniques for her research on the formation of galaxies.

“It gives me goosebumps thinking about what this telescope will be able to do in the future,” Ray wrote. 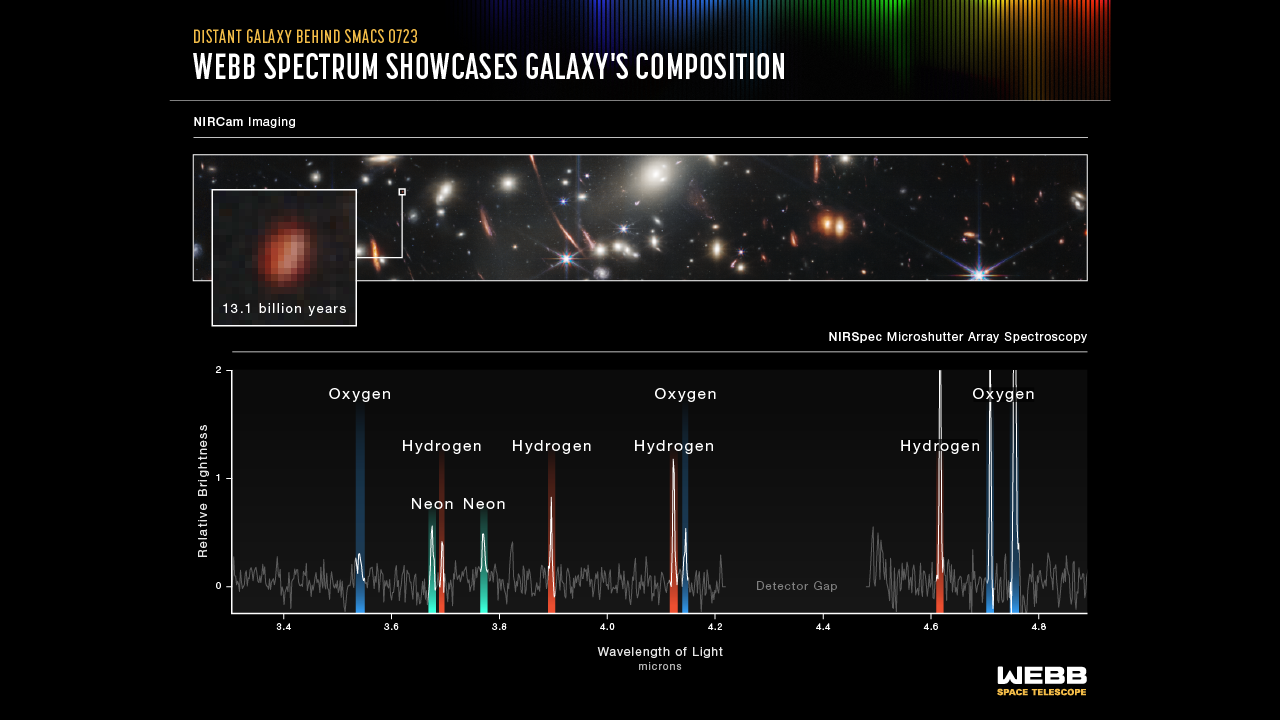 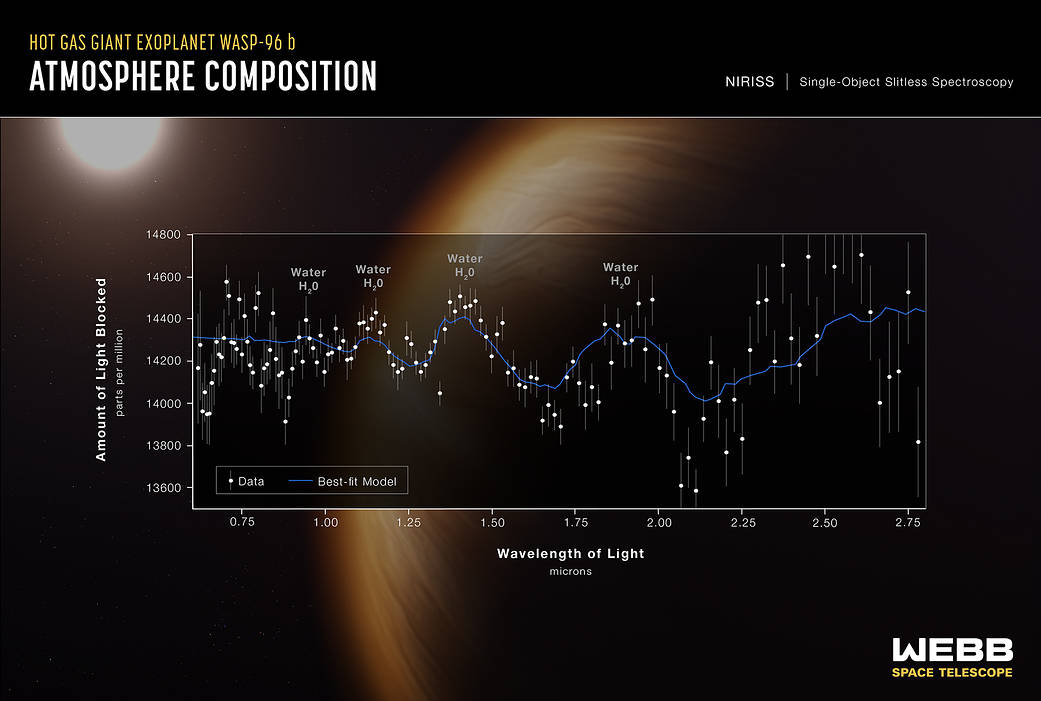 One of the telescope’s future missions includes imaging Jupiter and its moons, like Europa, which Ray’s team will further analyze.

Others will provide Jerry Orosz and Bill Welsh a plethora of data to find new binary star systems and exoplanets. And Eric Sandquist, Doug Leonard, and Robert Quimby will have more detailed information to further study stars’ journeys from birth to death.