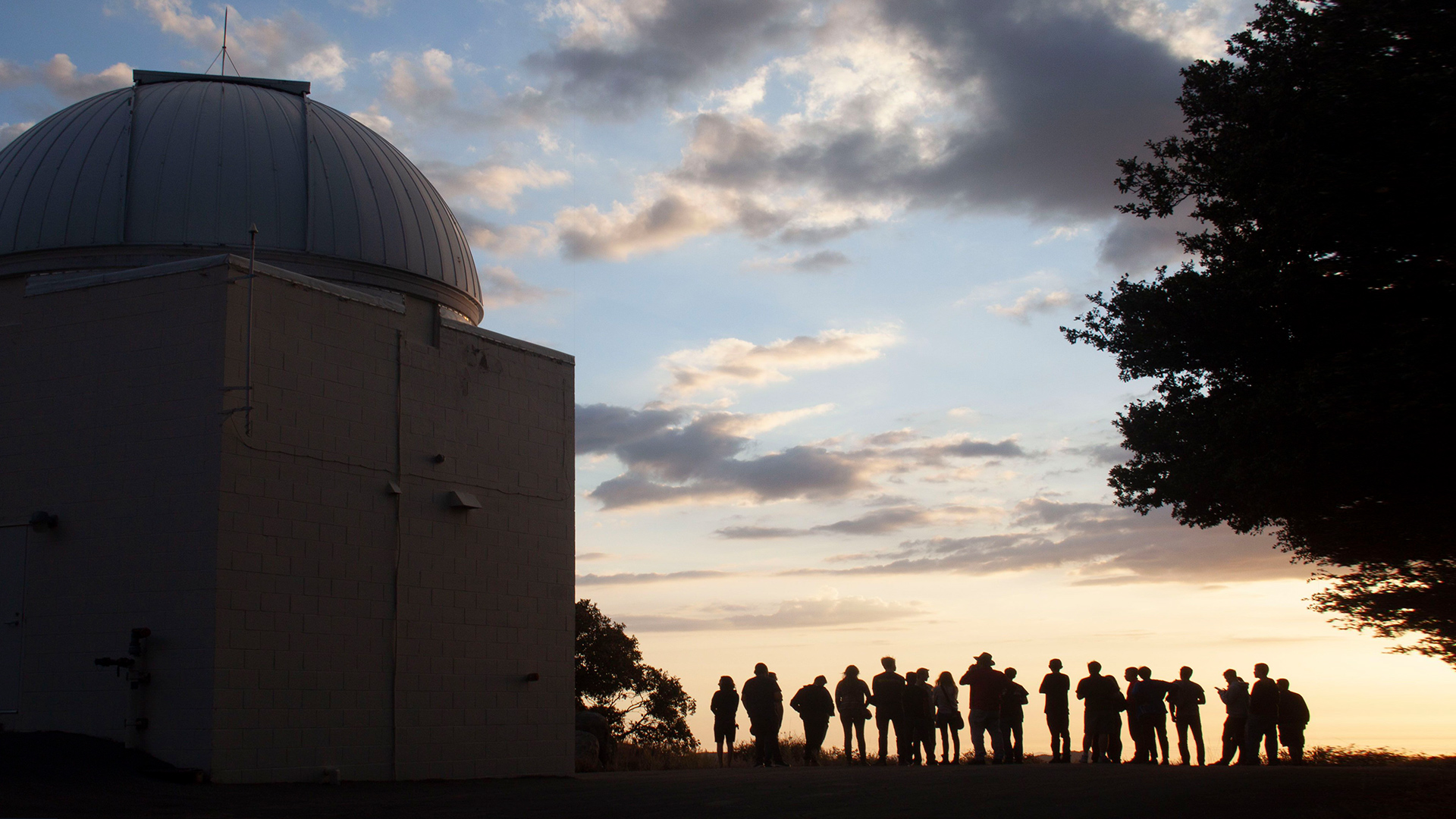 Donation earmarked for student support is the largest gift to a single department in San Diego State University history.

San Diego State University has received the largest donation to a single department in the university’s history, a $14 million gift to the Department of Astronomy. SDSU College of Sciences Dean Jeffrey Roberts made the announcement Tuesday during a virtual news conference featuring SDSU President Adela de la Torre and representatives from the astronomy department.

The gift was made in the form of a stock investment bequest from the estate of the late Theodore William Booth and his late wife Nhung Lu Booth (’85), an alumna of the College of Sciences. Theodore Booth was a pilot with a keen interest in astronomy who specified that students in SDSU’s astronomy department would be the exclusive beneficiaries of the gift.

In expressing his gratitude for the bequest, Roberts said the gift would “provide our students the chance to become the next generation of researchers, explorers and pioneers.” President De la Torre said the gift would support growth and development at SDSU “for many years to come.”

SDSU has the only stand-alone astronomy department in the 23-campus California State University system. It is also one of a relatively small number of universities in the country to operate its own observatory, the Mount Laguna Observatory.

A Boost for Research

As the smallest of eight departments in the College of Sciences, the astronomy department has six faculty members and one staff member serving the 15 graduate students and a similar number of upper division undergraduates who will benefit from the bequest. Almost half of the department’s master’s degree graduates advance to work on a Ph.D. before or after receiving their master’s degree according to SDSU Department of Astronomy Chair Eric Sandquist.

Sandquist said endowments have been established with the $14 million to generate funding for scholarships and other student needs and opportunities. He believes the funds will provide a significant advantage for the department in attracting top scholars to SDSU.

“We can give complete scholarships plus living allowances for many students,” Sandquist said. When applicants show interest, we can let them know their education can be paid for, which I think will give us a definite leg up on recruiting.

“The promise of financial security will allow students to focus on their studies and their research, and that research will get them noticed. Promoting the support will increase our ability to reach for students beyond San Diego and California and to get their research out across the United States and around the world.”

Dean Roberts believes the astronomy department gift will boost SDSU’s efforts to become a Research I (highest level) institution, helping to raise the profiles of both the College of Sciences and the entire university. “Looking at the university’s strategic plan moving toward designation as a research-intensive institution, this elevates our college’s capacity to do graduate and undergraduate student research and develop a reputation as a place where great research is done,” he said.

“The combination of endowment support for students and the asset we already have in the Mount Laguna Observatory will not only allow us to recruit great students, it’s a tool for recruiting outstanding faculty as well. Elevating one department elevates all of the departments in the College of Sciences and the whole university. A rising tide floats all boats.”

Learn more about the SDSU Department of Astronomy by visiting: astronomy.sdsu.edu