Hydrogen as a potential fuel source could revolutionize global energy consumption. Not only is hydrogen abundant and renewable, it is also a clean energy source with no harmful emission byproducts.

A San Diego State University researcher has come one step closer to harnessing the power of hydrogen as a reliable and inexpensive fuel. Inorganic chemist Jing Gu and collaborators at Princeton University developed a process to recover energy and electrons from organics in wastewater and generate hydrogen simultaneously using only solar energy.

Until now, hydrogen production from water relied on costly platinum catalysts. The SDSU team developed a more inexpensive catalyst with lower-cost metal sulfide containing molybdenum and nickel. Research by Gu and others in the field is aimed at lowering the cost of hydrogen fuel for potential use in “clean” consumer vehicles.

Additionally, Gu’s team identified the position of specific atoms within the catalytic framework, enabling them to better control the process and make it easier for others to replicate.

“This is an exciting discovery for our group,” Gu said, whose research is supported by the National Science Foundation. “We recovered hydrogen from water using a low-temperature, low-pressure method with small-scale equipment in the lab. And we are among a very few in the field that is able to precisely control the position of metal atoms in the catalyst.”

The framework developed by Gu’s team will allow researchers to determine how certain atoms interact during the hydrogen production process and why some work more effectively than others.

This is Gu’s third year as an assistant professor in the Department of Chemistry and Biochemistry. After earning a Ph.D. at Tulane University, she served as a postdoctoral research associate at Princeton University and a postdoctoral fellow at the National Renewable Energy Laboratory in Golden, Colorado.

Gu’s co-authors on the Nature Communications paper are Lijun Zhang, a professor at Jilin University and Yongge Wei, a professor at Tsinghua University. Yichao Huang a former international student at SDSU, is the primary author. 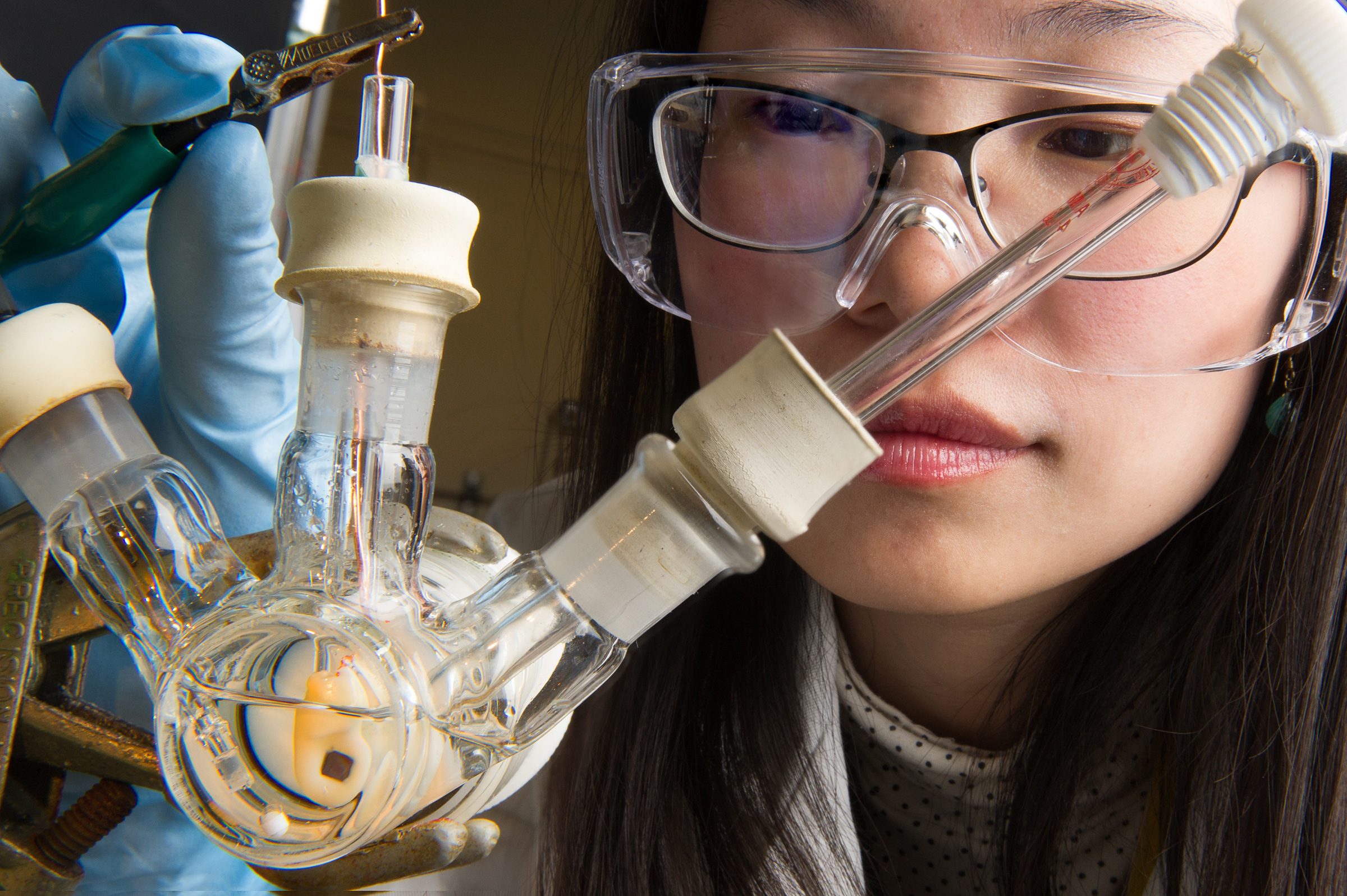