A study released today in Nature Microbiology reveals patterns of a virus that half the people in the world are carrying. The collaboration of 117 scientists across the globe focuses on crAssphage, a virus that feeds on human gut bacteria.

Why is the virus called crAssphage? Scientists discovered crAssphage when a DNA sequence repeatedly showed up using a genomics technique called cross-assembly. Researchers have previously known that there are many different viruses in the human gut. However, they have never seen one as widespread as crAssphage.

Since crAssphage is a virus found in the human gut, sampling sewage in wastewater treatment plants is one of the most efficient ways to find diverse crAssphage strains in one geographic region. Using this method, the scientists analyzed more than 32,000 crAssphage sequences distributed across 67 countries in every continent besides Antarctica. This coverage of one-third of the world’s countries, spearheaded by Dr. Robert Edwards of San Diego State University and Dr. Bas Dutilh of Utrecht University, uncovered the following six insights:

People within the same area are likely to have similar strains of crAssphage.

Though our world is incredibly connected, the researchers found that different geographic locations have signature crAssphage strains.

Through a global collaboration, we obtained DNA sequences of crAssphage from more than one-third of the world’s countries and showed that the phylogeography of crAssphage is locally clustered within countries, cities and individuals.

This is likely due to rapid evolution of the virus and local dispersal between people living in the same areas.

Infants can carry crAssphage, refuting previous assertations that it is not acquired early in life.

The scientists conservatively identified crAssphage in 134 infant samples out of their cohort of 1,000 individuals.

The study examined individuals and their crAssphage. The scientists found a child in the U.S. that had 1,409 different strains and an infant in Finland with 748 strains of crAssphage.

The scientists wondered if crAssphage spread relatively recently since global travel is incredibly common, or if its widespread distribution is because crAssphage evolved with humans millions of years ago. To test this, they looked at fecal samples from rural Malawi and from the Amazonas of Venezuela as well as pre-Columbian Andean mummified gut samples and European iceman. The remote human populations in existence now carry crAssphage, but the ancient samples returned negative crAssphage. However, this does not mean the virus isn’t ancient—virus DNA may have degraded over thousands of years.

The researchers discovered “crAssphage-like genomes in both Old-World and New-World primates, suggesting that the association of crAssphage with primates may be millions of years old”.

One strain of crAssphage was found in 104 different samples.

The samples ranged from Europe, the Middle East, Asia, and North America. Widespread human travel across continents may facilitate this strain’s cosmopolitan range. However, a strain with extreme high evolutionary fitness or environmental stability are still possibilities.

crAssphage is a normal part of the human gut microbiome.

Scientists think it is likely that crAssphage infects a variety of bacteria (especially in the Bacteroidetes phylum). It cannot infect human cells. In addition, crAssphage has no association with diarrhea nor any other health-related variables. It has weak associations with different types of diets. Therefore, researchers conclude that crAssphage is a harmless part of the normal human microbiome. 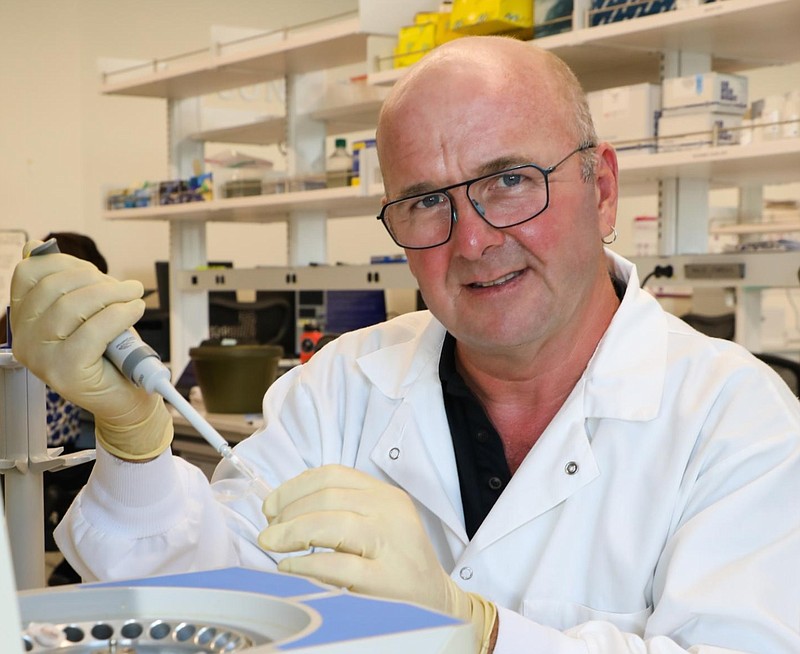 Rob Edwards is the lead researcher from San Diego State University on this gut virus study. 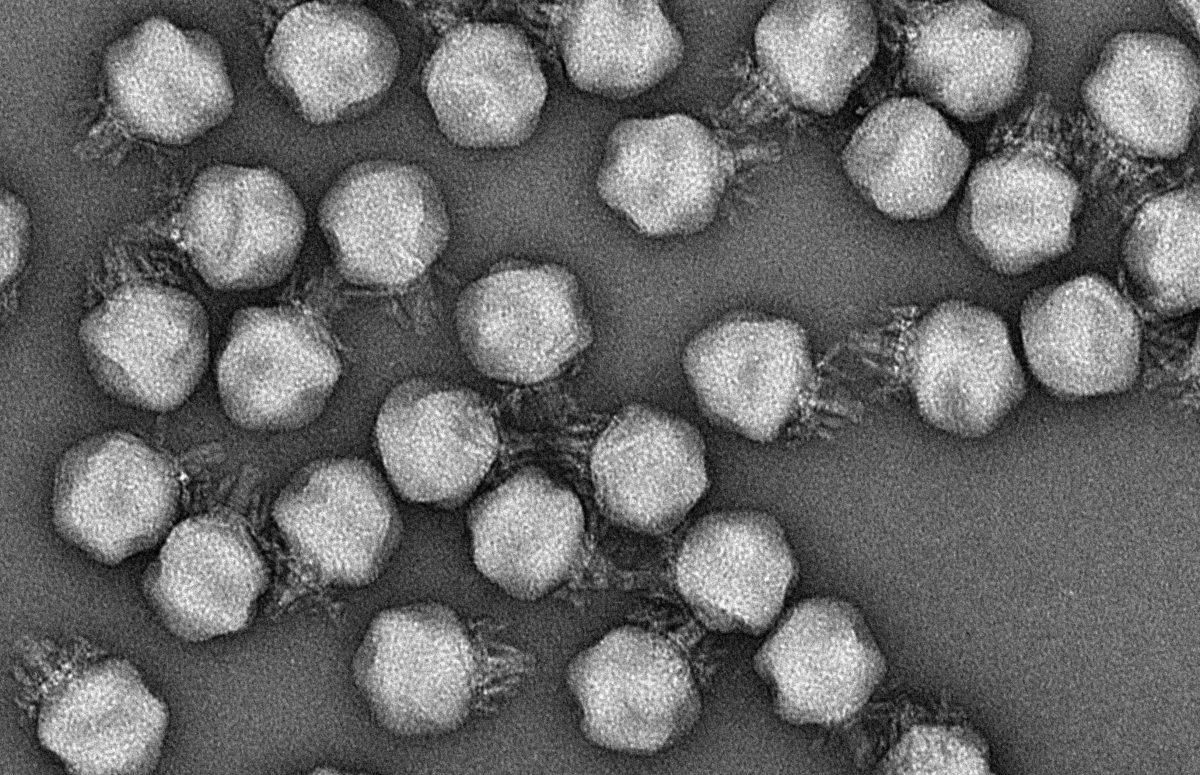 Electron micrograph of crAssphage, a virus found in almost half of all humans. —ROBERT EDWARDS, Ph.D.