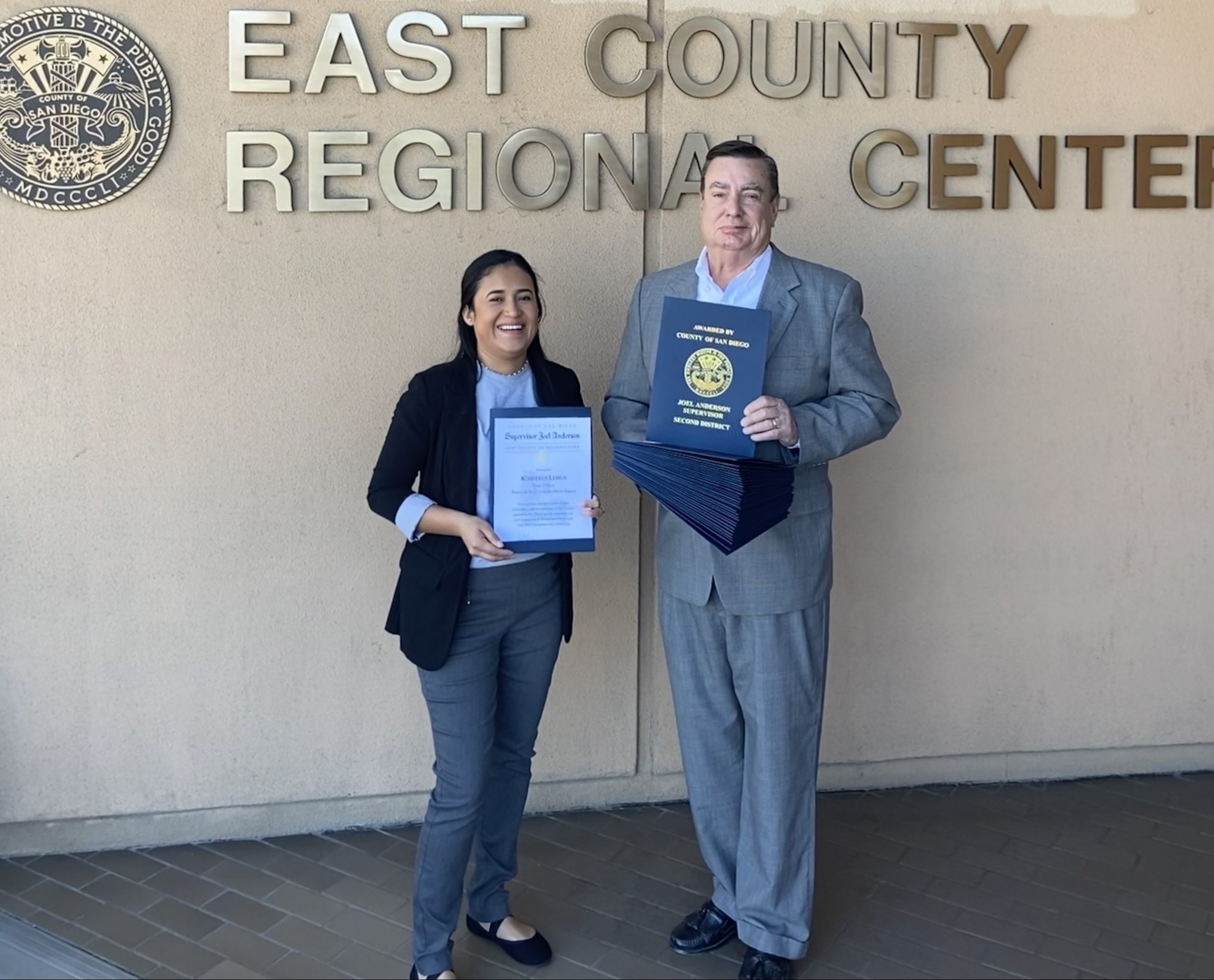 On her eighth birthday, Kimberly Lemus was glued to the television – the World Trade Center towers on fire, collapsing. Even though the devastation of the 9/11 attacks were thousands of miles away from her home in Guatemala, her future was forever changed.

Lemus moved to the United States four years later, earned her degree in Criminal Justice from San Diego State University in 2019, and enrolled in SDSU’s Homeland Security graduate program to work toward her goal of joining the FBI.

This drive to help and protect her community led Lemus to an internship as a disaster duty officer for the American Red Cross, which has a long-standing partnership with the Homeland Security program.

As part of the internship, students coordinate disaster response teams. They are the liaisons between first responders and Red Cross volunteers who bring food and supplies to victims affected by fires and other emergencies.

Lemus made some quick decisions when she received her first call just before midnight on September 24th. A fire had damaged an apartment building in El Cajon and multiple families were not allowed to return to their homes.

“In my head, it was chaos. I kept thinking ‘I just need to get help as soon as possible so the families can feel safe,’” Lemus said.

She sent multiple Red Cross volunteers to assist over 66 individuals in securing food, lodging, and clothing while they were displaced. Two other interns, also Homeland Security students, continued to monitor the situation over the weekend.

All of the SDSU interns and volunteers who responded to this incident were recently recognized for their efforts by San Diego County Supervisor Joel Anderson.

Anderson shared, “One of the most rewarding parts of my job is getting to recognize individuals and organizations that have selflessly helped their neighbor in a time of need. I am honored to present County certificates of recognition to the many Red Cross staff and volunteers who assisted in the El Cajon Apartment Fire, including SDSU student intern Kimberly Lemus who was the Duty Officer for the apartment complex fire. These volunteers’ efforts have not gone unnoticed and I am so grateful for their dedication and service.”

Lemus was not expecting the recognition and deflected the praise to the volunteers, “They deserve it the most because they were the ones there interacting.”

“It makes me feel proud to be part of the Red Cross because we’re able to provide help to our communities,” Lemus added. “It makes me feel very proud of my university and of being a person that was born outside of the United States.”

Next semester, Lemus hopes to become one of the very volunteers she commended so she can more directly provide a positive, reassuring presence amidst the chaos of events like the one that shaped her lifelong goals.