Researchers know it as the Patterson case. Tom Patterson, a professor of psychiatry at the University of California, San Diego, (UCSD) School of Medicine contracted a multidrug-resistant strain of the bacterial infection Acinetobacter baumannii during a 2015 vacation in Egypt. Transported back to San Diego, his condition improved; then reversed. He fell into a coma.

Standard antibiotic treatment options had nearly run out when Patterson’s wife, Steffanie Strathdee, began to research alternative remedies. An infectious disease epidemiologist and director of the UCSD Global Health Institute, Strathdee read about a century-old method of treating deadly bacterial infections. Known as phage therapy, it is utilized by medical professionals in parts of Eastern Europe, but has been generally ignored in this country.

Phage therapy involves administering a cocktail of bacteriophages to target a specific bacterial infection. Bacteriophages are viruses that replicate inside bacteria; they can be beneficial, neutral or toxic to their host. Strathdee and the UCSD team found a handful of researchers around the United States who had cultured bacteriophages thought to be effective in destroying Acinetobacter baumannii.

For the final, critical step— purification of the phage cocktail—Strathdee turned to San Diego State University and the research team in the Viral Information Institute (VII). Their translational research applies knowledge from basic biology and clinical trials to techniques and tools that address critical medical needs. After receiving phage therapy, Patterson recovered.

SDSU emerged as a hub of innovative phage research around 2002, when VII co-founders Anca Segall and Forest Rohwer published the first shotgun metagenome. Using environmental samples from San Diego’s beaches and sophisticated mathematical models, the researchers simultaneously sequenced the millions of organisms present, revealing that viruses are the most diverse and uncharacterized life forms on the planet.

“SDSU was the first to sequence uncultured marine phage taken directly from the environment,” said Rohwer. “We were able to figure out how to go into an ecosystem and discover the viruses in it.”

Rohwer has since travelled from the tropical Coral Triangle to the frigid waters of the Arctic to continue collecting virus samples for sequencing. He and Segall also recruited other biologists interested in phage research, and hired computer scientists and mathematicians to bring processing power to bear on viral discovery.

Now a robust team of 20 principal investigators, each with individual areas of expertise, VII members collaborate to leverage the power of bacteriophages in viral ecology and personalized medicine. Their goal, simply stated, is to harness the global virosphere.

The VII again made headlines in 2014, when computer scientist Robert Edwards found a previously undetected virus that lives in the guts of half the world’s population and may be linked to obesity and diabetes. He and his team named the virus crAssphage after the cross-assembly software programs used to discover it.

“We’ve basically found it in every population we’ve looked at,” Edwards said. “[crAssphage] is really a diverse virus that is all over the globe. “When we identified it, we didn’t realize we had found something that would wind up being so widespread. It was sort of like we found the first tree without knowing about forests.”

Another group of VII researchers is investigating viral strategies against cystic fibrosis, a genetic disease that causes persistent lung infections and usually leads to premature death. The researchers have defined methods to characterize both the viruses and the bacteria in the lungs of patients and rapidly get the data to doctors, opening a path to the design of personalized and novel treatments.

Roach came to SDSU from the Institut Pasteur in Paris, where about a century ago, microbiologist Felix d’Herelle first identified and named bacteriophages. D’Herelle envisioned therapeutic applications for these “bacteria-eaters” and used them—with mixed success—to treat bacterial dysentery at the Hospital des Enfants-Malades.

He was also among the first to suggest using phage cocktails when single phages proved ineffective. European and American scientists replicated d’Herelle’s work, and he received several prestigious awards. But when the 1940s ushered in pharmaceutical antibiotics, including the wonder drug penicillin, phage therapy was discarded.

Scientists today are rediscovering the potential of bacteriophages as powerful restorative weapons benefiting human and ecological ecosystem health. Working to the advantage of SDSU’s VII is its location in biotech-rich San Diego and a successful partnership with UCSD Medical Center, whose leadership, Rohwer said, is eager to take advantage of SDSU’s phage research.

The VII has even more ambitious goals as it looks 10 and 20 years into the future. “We’re asking how we can make lasting changes that will lead to a higher quality of life for the entire San Diego region,” Segall said.

The use of phages to improve water quality, prevent food contamination, degrade harmful chemicals in shipyards, hunt down toxins in the environment and maintain the health of wetlands is no longer the stuff of science fiction. Nor is the concept of tweaking phages to make them even more skillful hunters of bacterial infection in humans—before the infection becomes deadly.

This story is featured in the spring 2019 issue of 360: The Magazine of San Diego State University. 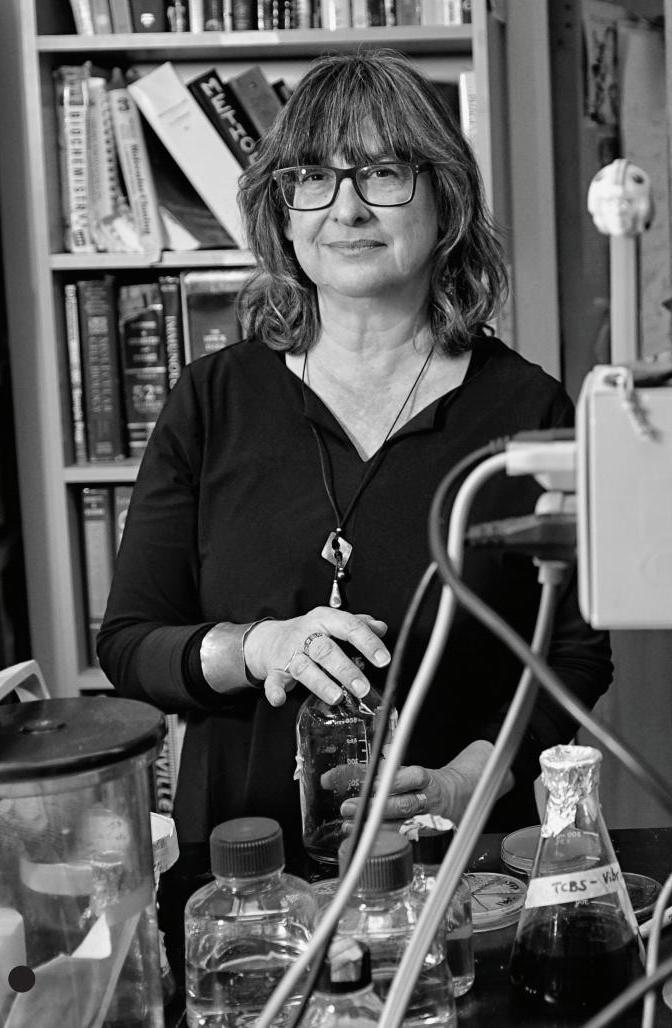 “We’re asking how we can make lasting changes that will lead to a higher quality of life for San Diego.”