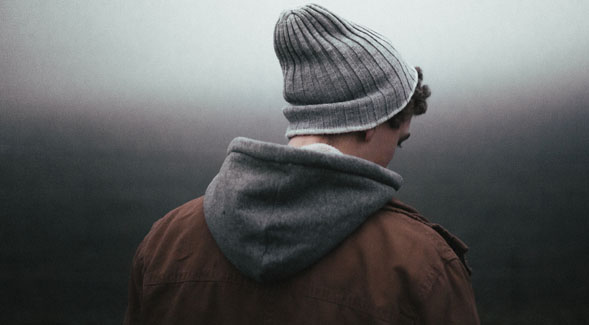 SDSU Department of Psychology researchers found that girls did not experience significantly greater eating disorder diagnoses than boys at age 9 and 10.

It was during a team meeting and discussion about the Adolescent Brain and Cognitive Development (ABCD) study and data that Kaitlin Rozzell asked a seemingly simple question: Has there been any robust research into eating disorders among young children?

“There was virtually no information on the prevalence of various eating disorders among young children in the U.S.,” said Rozzell, a master’s student in San Diego State University’s Department of Psychology, who then initiated a study exploring the issue.

Rozzell and her colleagues studied 4,500 children aged 9 and 10 in the ABCD database. Through the research, Rozzell found 1.4 percent of adolescents in this age group had been diagnosed with an eating disorder and that young girls and boys did not develop such disorders at different rates.

“Past findings support higher rates of eating disorders among post-pubertal females as compared to males. But our findings suggest that, given the lack of gender differences among 9 to 10-year-old children with eating disorders, there may be added social pressures, or hormonal differences that occur during or post puberty among girls that increase the risk of developing eating disorders,” said Rozzell, lead author and a graduate student researcher in SDSU’s Body Image, Sexuality, and Health Lab.

“It is important to recognize the lack of gender differences within this sample,” Rozzell said. “Males have traditionally been underrepresented and misunderstood in the field of eating disorders, and this adds to the argument that males should not be ignored. Given that eating disorder prevalence among this age group has not been assessed before, this gives us a baseline rate of diagnosis among boys and girls.”

Also, this is the first study to use diagnostic criteria based on the most current version of the Diagnostic and Statistical Manual of Mental Disorders, the handbook used by health care professional across the United States.

“Past research has relied on older guidelines for diagnosing mental disorders, and thus, our study presents estimates based on the most current conceptualizations of eating disorders,” said co-author Aaron J. Blashill an associate professor in the Department of Psychology.

The team’s findings are detailed in the article, “Prevalence of Eating Disorders Among US Children Aged 9 to 10 Years: Data From the Adolescent Brain Cognitive Development (ABCD) Study,” published on Nov. 26 in JAMA Pediatrics.

Other co-authors are: Da Yeoun Moon of SDSU’s Department of Psychology; Patrycja Klimek, a doctoral student in the SDSU/UC San Diego Joint Doctoral Program in Clinical Psychology; and Tiffany Brown, a research scientist at the SDSU Research Foundation and a University of California San Diego Postdoctoral Research Fellow.

The research team also found that the prevalence of anorexia nervosa was 0.1 percent and the frequency of binge-eating disorder was 0.6 percent. Other specified feeding and eating disorder diagnosis was 0.7 percent. The team did not find any cases of bulimia nervosa in the study population.

Ultimately, the researchers suggest that gender differences in eating disorders may not emerge until later on in adolescence.

“The results don’t inform treatment directly, but do provide a baseline estimate of how common eating disorders are among children, which can aid future research in better understanding the course of the illness,” Blashill said. “This, subsequently may aid prevention and treatment approaches by having more information on the most critical periods to intervene.”