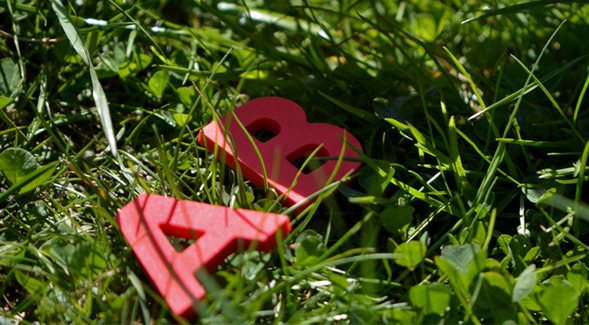 The research team is working on ways to better detect language problems in children prior to age 3, when intervention might be more effective.

Children with undiagnosed language problems are more likely to have difficulty in school, and ultimately graduate and find employment at lower rates than their counterparts.

Such children may have trouble early in development in forming connections between words, objects and events in the world and, later, may have difficulty putting thoughts into words or understanding what others are trying to communicate.

A significant part of the problem is that most vocabulary assessments designed for very young children are not designed to tap specifically into those words that are the most important for predicting language development in the future, making early intervention difficult, said San Diego State University psychology professor Margaret Friend. This is especially true for children age 3 and younger.

“Imagine a parent who notices a problem at age 2 but is told by the pediatrician to take a wait and see approach. This is very common and it can result in parents deciding not to follow up for any number of reasons,” Friend said.

Friend and Erin Smolak, a student in SDSU’s Joint Doctoral Program in Language and Communicative Disorders, and colleagues Pascal Zesiger of the University of Geneva and Diane Poulin-Dubois of Concordia University have been working toward a solution.

The team has been part of a major, international, multi-site project to understand what babies understand before they begin using words, and to improve tools to assess this early understanding. The project was funded by a five-year, $2.2 million National Institutes of Health (NIH) grant involved hundreds of children and other researchers at SDSU, the University of California San Diego (UCSD), Concordia University in Montreal and the University of Geneva in Switzerland.

The team’s results have been detailed in numerous scholarly articles and presentations, including two new co-authored articles recently published in the journal Developmental Psychology: “A Cross-Language Study of Decontextualized Vocabulary Comprehension in Toddlerhood and Kindergarten Readiness,” and “Language status at age 3: Group and individual prediction from vocabulary comprehension in the second year.”

Other researchers involved in the research project were Yushuang Liu of SDSU and Tamara Patrucco-Nanchen of the University of Geneva.

According to Friend, the prevalence of language problems in children 7 years of age and older is estimated to range from about 3 to 8 percent of the populations in the United States, the United Kingdom, and Canada.

“Interestingly, studies show that, in the United States and Canada, roughly 40 to 50 percent of children age 7 to 14 referred for psychological services have an undiagnosed language problem,” Friend said. “What this suggests is that there are many children for whom a language problem is not identified until at least school entry and that, when a problem is not identified, it can manifest in ways that are interpreted as signs of a different sort of problem.”

As part of the project, researchers are studying words children know across a variety of contexts at about age 2. For example, a child might recognize the concept “milk” when they have it on their cereal for breakfast, but also in a wide range of other contexts, such as grocery store visits.

“Concepts like these are the ones that children recognize consistently. When children know more of these concepts, they are more prepared to learn new concepts, including those that would help them in school,” the research team noted.

Using the Computerized Comprehension Task, an instrument developed at SDSU, the research team measured these concepts by asking children to touch images on a touch-sensitive screen that represented the kinds of words they are learning. Words they knew well were easy to recognize in this new setting.

In one of the published papers, the team explains that having found a number of “stable concepts,” the strong association of words and their meanings, in children’s vocabulary at age 2 predicted their readiness for kindergarten at age 4. This finding held even when considering the education level of their mothers, their preschool attendance, and the child’s sex.

This finding was also true whether children were growing up learning English in the United States, French in Switzerland, or both French and English in Canada.

The findings suggest that early, stable concepts in children’s vocabulary may provide the scaffolding for both later vocabulary and kindergarten readiness.

Another major finding: The team used a measure of vocabulary that focused on stable concepts, finding that it was superior to prior measures in predicting children’s general language ability at age three.

More importantly, the team was able to identify individual children who were at risk for language problems a full two years earlier than prior studies. Also, like the study of kindergarten readiness, these findings held across languages.

“Work must continue to help identify children at risk for language problems early to make it easier for them and their families to get the support they need to be successful,” Friend said. “As the economist James Heckman has pointed out, early investment in children’s development produces the greatest returns for children, their families and society.”

“Work must continue to help identify children at risk for language problems early to make it easier for them and their families to get the support they need to be successful.”