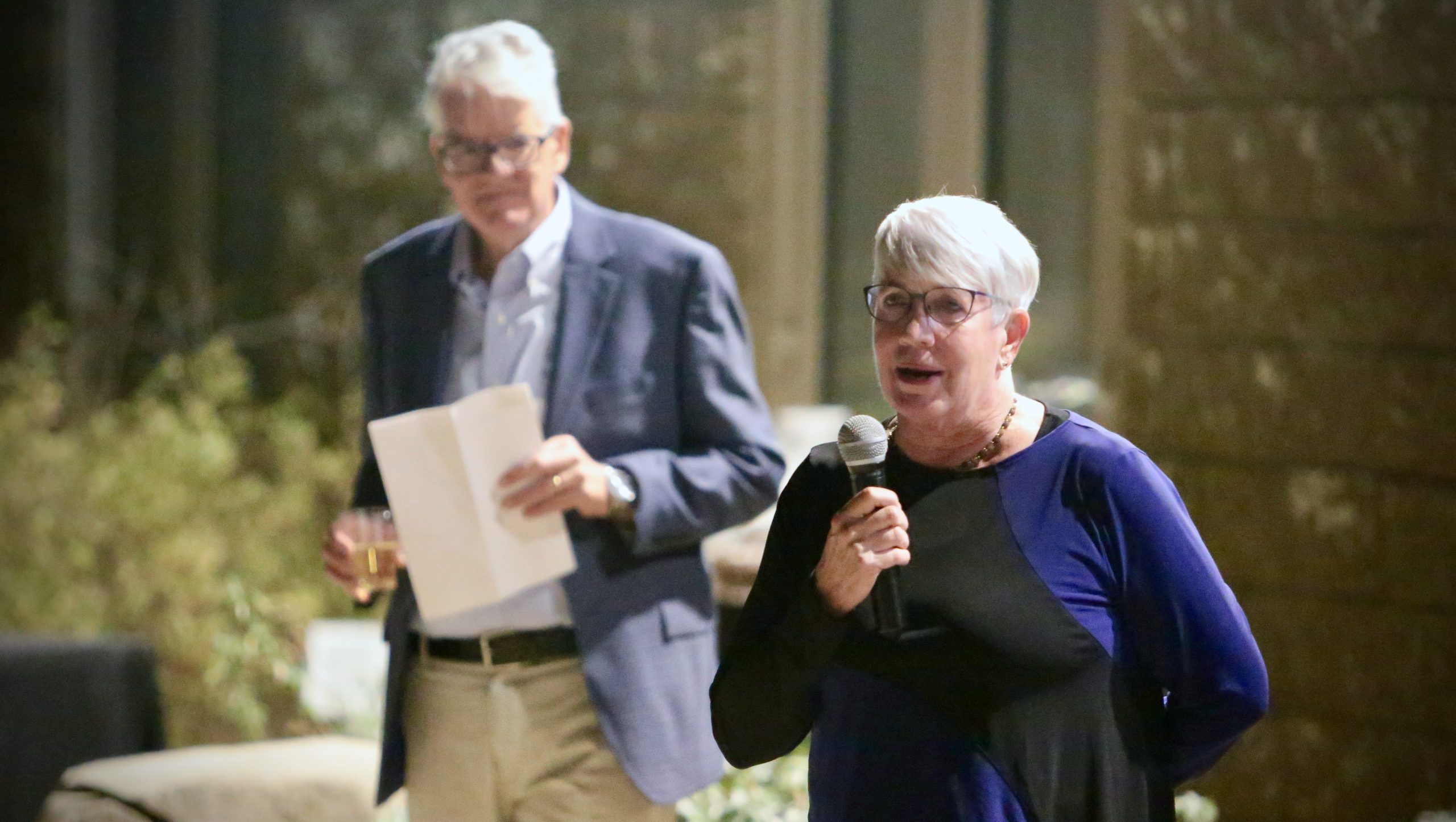 Dr. Cathie Atkins, former Associate Dean for the College of Sciences, and professor of Psychology is retiring after an illustrious career of cultivating collaborations across San Diego State University.

She earned her undergraduate degree and her master’s degree in clinical psychology from San Diego State University and returned to campus as a professor in health education after earning her PhD. She later moved over to the Psychology department and became Associate Dean in the College of Sciences. In total, she estimates that she’s spent close to 50 years affiliated with SDSU.

During her tenure as an Associate Dean, Atkins helped start several programs. With James Frazee, she helped faculty learn how to integrate more technology into their instruction over a decade before COVID-19 necessitated distance learning. She also contributed to the launch of the Homeland Security graduate program because of her experience with curriculum development across campus. Additionally, she played a part in establishing the Oscar Kaplan postdoctoral fellowship and, with UCSD, she facilitates IRACDA, the Institutional Research and Academic Career Development Award. Under Atkins’s leadership, the umbrella organization for College of Sciences support programs, CASA (Center for the Advancement of Students in Academia), was formed.

One of Atkins’s proudest accomplishments is mentoring students through the MARC (Maximizing Access to Research Careers) scholars program. At a retirement party for Atkins held last month, Thelma Chavez, the program coordinator of MARC, said, “Cathie was doing anti-racist work before most of us knew the term. All our alumni want to be Cathie to their students.”

Christal Sohl, who will be filling Atkins’s shoes as the principal investigator of MARC, said, “Cathie is so good at removing barriers, I’m not even aware the barriers were there until afterward. She is talented at advocating and amplifying any of the voices that don’t have the platforms and power that she has.”

Two of Atkins’ associate dean colleagues, Sonya Pruitt-Lord and Karen Myers-Bowman, summed up Atkins as “the kind of administrator we only have one of – kind, cool, and cares big.”

But Atkins is quick to acknowledge that her successes are due to team efforts, “The reason we’ve made a significant impact is because we have the willingness to work together on projects that are worthwhile.”

“I get by with a little help from my friends. I’m still going to be here so you can ask me for help because I like to help my friends, too,” Atkins said at her retirement party.

Atkins will continue facilitating various programs offered through SDSU’s Global Campus. In retirement, she is excited to spend more time babysitting her grandchildren and becoming more involved with the local chapter of the ARCS Foundation, which provides scholarships to outstanding college scientists.