Binaries are for Computers 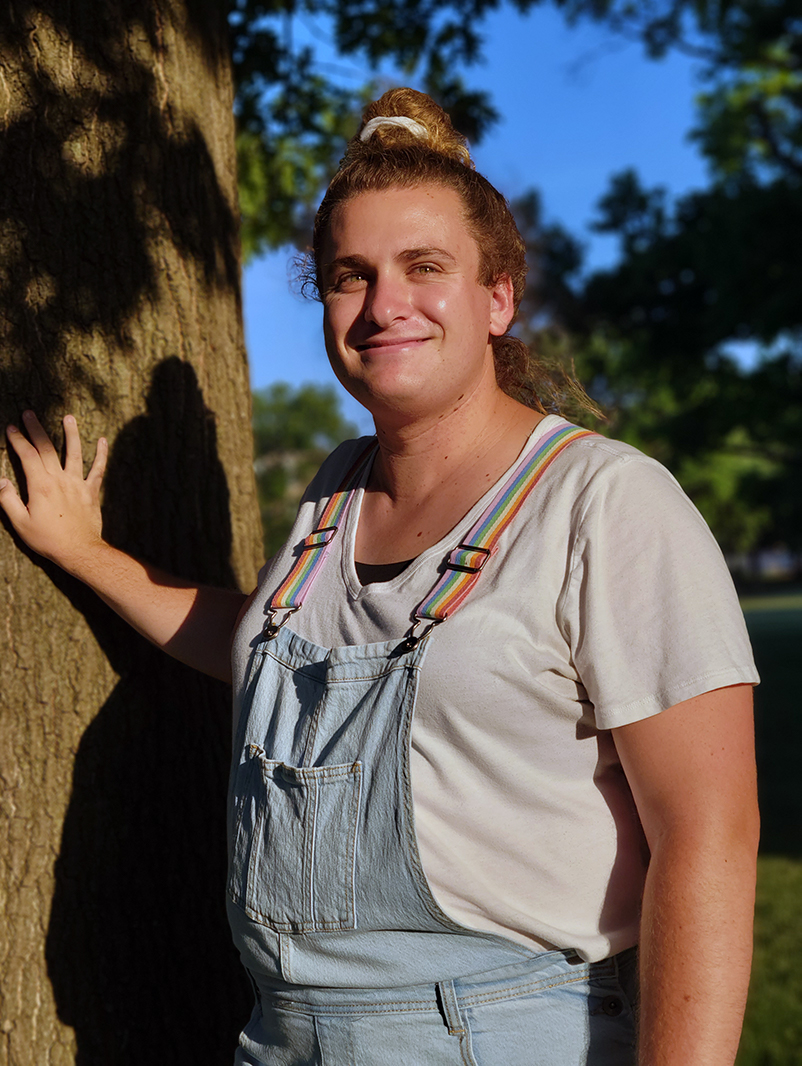 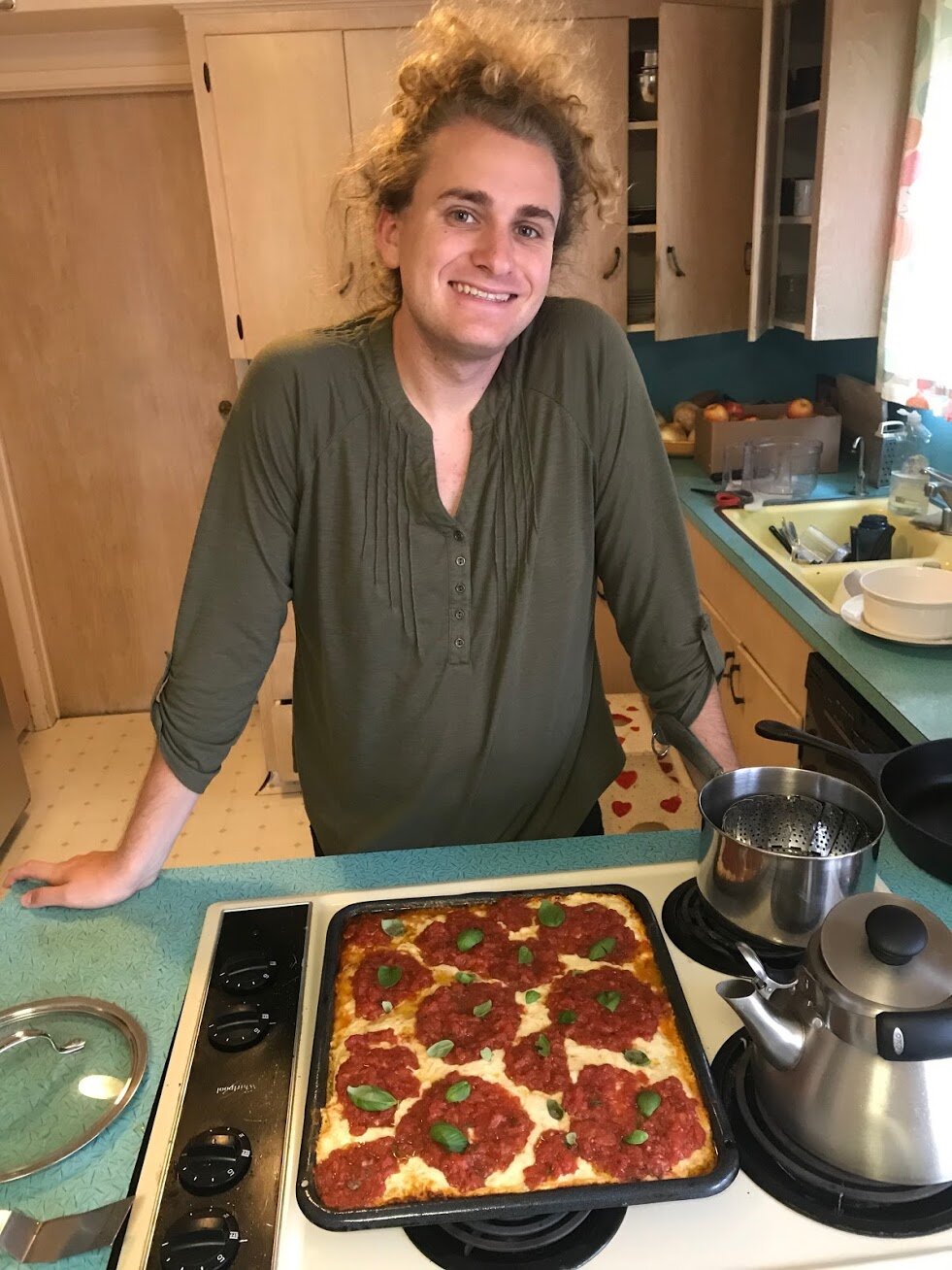 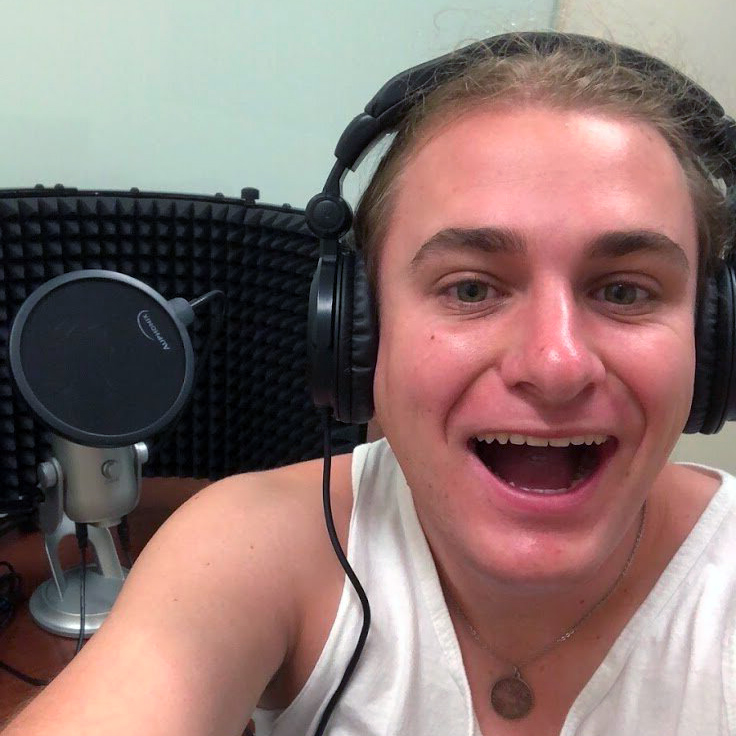 Our SDSU graduates have recently had their commencement ceremony—no small feat given the goings-on of the past year. While this is a massive accomplishment in its own right, the College of Sciences would like to spotlight a student who has not allowed personal hurdles to arrest them in their pursuit of knowledge: Brienne Hayes, potentially the first transgender/nonbinary person to graduate with distinction from the Department of Mathematics and Statistics.

According to their website briennehayes.com, Brienne’s goal is “to synthesize humanistic knowledge with digital technology to better understand queer forms of expression.”

Recently I had the privilege of interviewing Brienne over e-mail to pick their brain about various things, from school life to personal interest, to the interdisciplinarity they employ in everyday life.

When asked about how their college experience was as a whole, Brienne looks back on their time as an incredibly informative and introspective one, as well as being laced with personal suffering.

Brienne says: “I worked full-time for most of my undergrad, in addition to always taking a full course load; in my sophomore year, I was at one point working three jobs on top of 18 units. I overextended myself because I thought that I had to do so to survive. I did not ask for help because asking for help seemed like the sort of thing that an accomplished future scientist (and a future male scientist, at that) wouldn’t do. I ignored my own passions and set aside having a social life so that I could take up another internship or research project. All this would be more than stressful enough on its own, but I also (without realizing it at the time) was contending with the severe anxiety caused by PTSD as well as the consequences of gender dysphoria. And still, I never sought out help—because I had long since internalized a social narrative in which success was the product of stolid hard work and self-discipline. In the middle of my sophomore year, I seriously considered dropping out of school.”

Luckily, they said that in their junior year, they were able to find a job that supported them on its own and that things started looking up from here. By the end of that summer, they said they were sure of two things: that they were “not a man; and that, rather than becoming a scientist”, they wanted to “interrogate the cultural narratives that dictate how science gets done.” Brienne began going to therapy, as well as getting medication for their anxiety and beginning hormone replacement therapy so that they could be who they truly wanted to be.

We transitioned into my second question; I asked about what it was like balancing interests in queer studies, digital humanities, creative writing, and data science while in college. In this part of their response, Brienne was quick to challenge my wording of the question in a fantastic example of the sharp wit that thinking in an interdisciplinary way would develop:

“I think that, even when thinking about interdisciplinarity, we tend to conceptualize academic fields of inquiry like bugs trapped in a web, distinct and distant from one another but bound together by the sticky strands of conceptual linkages. This is a static model of knowledge that exists, I think, because of several powerful cultural and bureaucratic forces, and it’s a flawed model in that it prevents us from imagining that different modes of thought can move, mingle, combine, or disappear. Lately, I’ve instead been thinking of knowledge as a big cloud of many gases all sealed together into a vacuum chamber: some ideas separate; some mix and commingle inertly; some, when exposed to one another, react violently, perhaps producing some new, heretofore unknown compound.”

In essence, Brienne sees their differing fields of interest as interconnected, particularly in the sense that these fields (which really are not so disconnected as one might initially assume) interact to make them more proficient in each of them, individually and together.

My Final Question for Brienne

“I’d like to ask, given that you are a nonbinary transfemme: has your identity led you to any particular communities, or to develop any particular relationships with like-minded people, within your career field or outside of it? Additionally, is there a specific message you would like to send to other nonbinary/transgender students?”

“Before I transitioned, “community” was something I constantly struggled with—both because of how abhorrent my life was, as described in my previous e-mail, and because whenever I did find a group of people I wanted to be a part of, the feeling of play-acting someone that wasn’t me was so overwhelmingly negative that I was reluctant to put in the effort necessary to maintain strong social relations. Now, I almost automatically feel at home with other queer folks of any stripe, and my most important social groups maintain queerness as a core element of our group identity.”

Brienne goes on not only to describe such a community as a whole but also the inspiration they feel from queer people that they know personally.

“I’ve met queer actors, geologists, painters, social workers, etc., who’ve all described how being queer has fundamentally changed their relationship to the idea of knowledge. To me, this only makes sense— gender is one of the most foundational cultural narratives across all of human civilization, and once it can be called into question, so too can the many other, often harmful, narratives that dictate the terms of our lives be deconstructed. When I say that “the future is non-binary,” this is what I mean: we— and be we I mean everyone, gay and straight, trans and cis— move forward by questioning what is assumed, not by leaning into those assumptions.”

What the Future Holds (According to Brienne)

“I’ve dedicated most of my fall to working on my novel. This particular project has been incubating in my head for the last five years. Writing a novel has been a dream of mine since my earliest memories. But I have things to look forward to…I look forward to finishing my book. I look forward to starting on my path to earning a Ph.D. And I look forward to next Thursday, when my household (and only my household) will come together to make and enjoy a massive, vegetarian meal that will hopefully put me into a coma for the remainder of the year.”

I think it is fitting to close out this article with the message Brienne provided when asked if there was a particular one they wanted to share with other trans students:

“The message that I’d like to deliver to other trans students is this: nothing is more important than who you are. Nothing. You will constantly be asked to compromise your identity so that you might better fit someone else’s idea of what you should be. It will never be worth it. Embracing your true self will be hard because our world wants it to be hard. Still, your life will be happier spent struggling for your selfhood than giving into the illusory desires of others. Who you are— who you truly are— is incredible. Don’t give up on it.”

We wish Brienne good fortune in all of their future pursuits, personal and professional!

“The message that I’d like to deliver to other trans students is this: nothing is more important than who you are. Nothing. You will constantly be asked to compromise your identity so that you might better fit someone else’s idea of what you should be. It will never be worth it. Embracing your true self will be hard because our world wants it to be hard. Still, your life will be happier spent struggling for your selfhood than giving into the illusory desires of others. Who you are—who you truly are—is incredible. Don’t give up on it.”