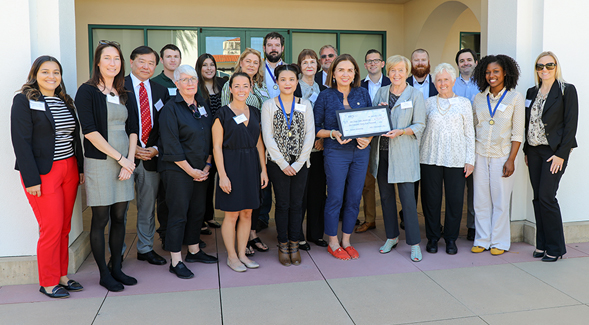 ARCS awards scholarships in fields such as biomedicine, natural sciences, and engineering. The 18 scholars each received $7,500, totaling $135,000. The San Diego chapter of ARCS has supported SDSU students with more than $3 million in scholarships since 1989.

Funding for the 2018-19 year went to six new scholars and 12 scholars who received awards in previous years.

The San Diego chapter of ARCS is one of 16 chapters across the country dedicated to helping the best and brightest graduate and undergraduate students working toward degrees in the natural sciences, medicine and engineering.

Since its founding in 1958, the nonprofit, all-women volunteer organization has awarded more than $100 million to 9,600 ARCS Scholars in top-rated STEM programs at leading U.S. universities.