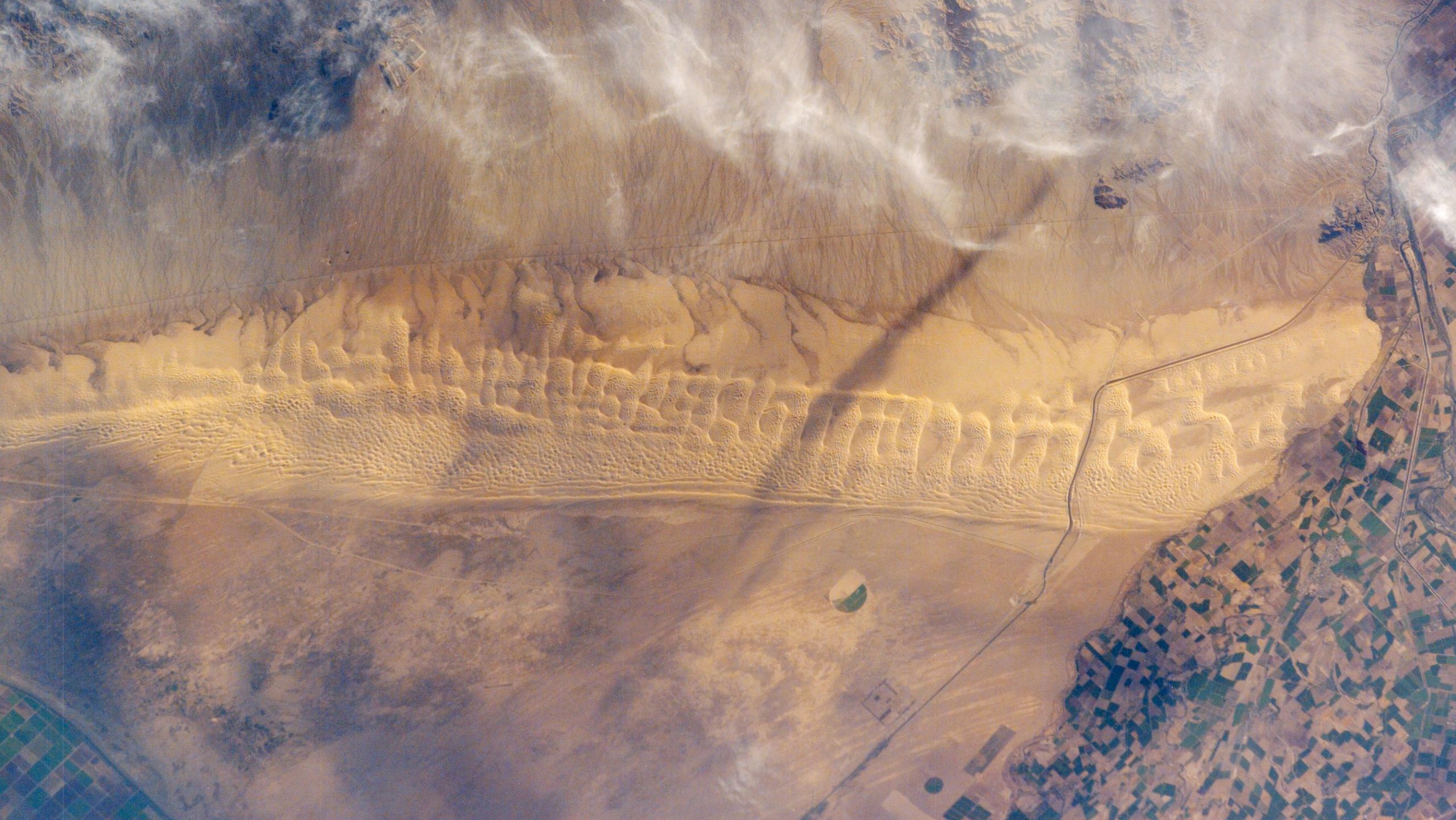 By Kea Giles, The Geological Society of America

Boulder, Colorado, USA: The San Andreas fault, which runs along the western coast of North America and crosses dense population centers like Los Angeles, California, is one of the most-studied faults in North America because of its significant hazard risk. Based on its roughly 150-year recurrence interval for magnitude 7.5 earthquakes and the fact that it’s been over 300 years since that’s happened, the southern San Andreas fault has long been called “overdue” for such an earthquake. For decades, geologists have been wondering why it has been so long since a major rupture has occurred. Now, some geophysicists think the “earthquake drought” could be partially explained by lakes — or a lack thereof.

Today, at the Geological Society of America’s 2020 Annual Meeting, SDSU Joint Ph.D. student Ryley Hill will present new work using geophysical modeling to quantify how the presence of a large lake overlying the fault could have affected rupture timing on the southern San Andreas in the past. Hundreds of years ago, a giant lake — Lake Cahuilla — in southern California and northern Mexico covered swathes of the Mexicali, Imperial, and Coachella Valleys, through which the southern San Andreas cuts. The lake served as a key point for multiple Native American populations in the area, as evidenced by archaeological remains of fish traps and campsites. It has been slowly drying out since its most recent high water mark (between 1000 and 1500 CE). If the lake over the San Andreas has dried up and the weight of its water was removed, could that help explain why the San Andreas fault is in an earthquake drought?

Some researchers have already found a correlation between high water levels on Lake Cahuilla and fault ruptures by studying a 1,000-year record of earthquakes, written in disrupted layers of soils that are exposed in deeply dug trenches in the Coachella Valley. Hill’s research builds on an existing body of modeling but expands to incorporate this unique 1,000-year record and focuses on improving one key factor: the complexity of water pressures in rocks under the lake.

Hill is exploring the effects of a lake on a fault’s rupture timing, known as lake loading. Lake loading on a fault is the cumulative effect of two forces: the weight of the lake’s water and the way in which that water creeps, or diffuses, into the ground under the lake. The weight of the lake’s water pressing down on the ground increases the stress put on the rocks underneath it, weakening them — including any faults that are present. The deeper the lake, the more stress those rocks are under, and the more likely the fault is to slip.

What’s more complicated is how the pressure of water in empty spaces in soils and bedrock (porewater) changes over both time and space. “It’s not that [water] lubricates the fault,” Hill explains. It’s more about one force balancing another, making it easier or harder for the fault to give way. “Imagine your hands stuck together, pressing in. If you try to slip them side by side, they don’t want to slip very easily. But if you imagine water between them, there’s a pressure that pushes [your hands] out — that’s basically reducing the stress [on your hands], and they slip really easily.” Together, these two forces create an overall amount of stress on the fault. Once that stress builds up to a critical threshold, the fault ruptures, and Los Angeles experiences “the Big One.”

Where previous modeling work focused on a fully drained state, with all of the lake water having diffused straight down (and at a single time), Hill’s model is more complex, incorporating different levels of porewater pressure in the sediments and rocks underneath the lake and allowing pore pressures to be directly affected by the stresses from the water mass. That, in turn, affects the overall fault behavior.

While the work is ongoing, Hill says they’ve found two key responses. When lake water is at its highest, it increases the stresses enough to push the timeline for the fault reaching that critical stress point just over 25% sooner. “The lake could modulate this [fault slip] rate just a little bit,” Hill says. “That’s what we think maybe tipped the scales to cause the [fault] failure.”

The overall effect of Lake Cahuilla drying up makes it harder for a fault to rupture in his model, pointing to its potential relevance for the recent quiet on the fault. But, Hill stresses, this influence pales in comparison to continent-scale tectonic forces. “As pore pressures decrease, technically, the bedrock gets stronger,” he says. “But how strong it’s getting is all relevant to tectonically driven slip rates. They’re much, much stronger.” 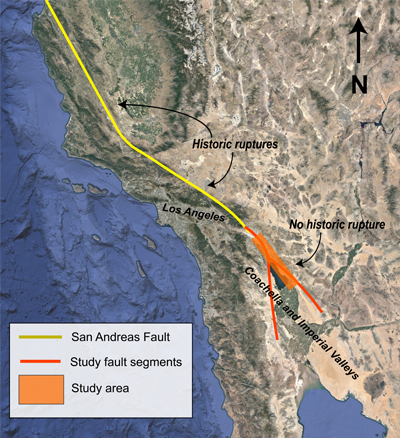