The Heart of Research

This story is featured in the spring 2019 issue of 360: The Magazine of San Diego State University.

Chris Glembotski’s path to becoming a molecular cardiologist at San Diego State University began as a teenager in North Hollywood, with the books on exercise and heart health he saw his engineer father absorb.

Glembotski picked up the books, too. “I thought, if this is something on his mind—then it should be something on my mind, but I’m young. Maybe I can have a bigger impact than just keeping my own self heart-healthy.”

His high school offered a physiology class, something unusual at the time, and one topic of study was the heart. “That was my favorite part of the course,” Glembotski said, “and that’s what I’ve been interested in ever since.”

In recognition of Glembotski’s research achievements over 33 years at SDSU, including $35 million in grants received and new research on a possible drug treatment for heart attacks, the biology professor has been named Albert W. Johnson Research lecturer for 2019, the university’s highest research honor.

“Dr. Glembotski is exactly the kind of professor that sets SDSU apart,” said Stephen Welter, vice president of Graduate and Research Affairs. “His critical research advancing the field of heart disease, combined with his commitment to mentoring the next generation of scientists, is a true credit to this institution.”

Glembotski spent his undergraduate years as a biochemistry major at Cal Poly San Luis Obispo thinking he’d become a physician. That changed after mentors pushed back.

“Almost to a person, they said ‘you’re a science guy, not a doctor guy,’” Glembotski recalled. “And they were right because after my first research experience as a graduate student I was hooked. I realized what it meant to be a professor and a researcher, and I decided that’s what I wanted to do.”

Glembotski studies the biochemical process in cells known as protein folding, and how misfolding contributes to poor secretion of a hormone in the heart, which ultimately can cause heart disease. His current research is focused on a possible drug treatment for heart attacks, work supported by a grant that received a rare perfect score from the National Institutes of Health (NIH) review panel in the application stage.

Unlike some parts of the human body, the heart does not regenerate if damaged. A heart attack causes irreversible damage to the muscle, decreasing the organ’s ability to pump blood throughout the body. For heart attack survivors, the impaired heart function is lifelong.

Glembotski’s lab at SDSU is testing a compound that could reduce damage to the heart in the aftermath of a heart attack, boosting the heart’s natural defenses against the damage. It works by activating ATF6, a protein found in heart cells that helps proteins fold and provides a sort of natural resistance to heart damage from a myocardial infarction.

Glembotski and his research team are investigating whether the drug candidate they’ve identified, administered soon after a heart attack, can mitigate organ damage in the following hours to days. It has been successfully tested in a mouse model of heart attack. A $2.5 million NIH grant, awarded last year, will provide funding for an additional five years of work on the project.

“In the next stage we hope to expand and extend the results that we’ve gotten so far in mice to studies in larger animals, whose hearts are more like the human heart,” Glembotski said. “Such studies are required before we can consider testing the drug candidate in people, which we anticipate doing in forthcoming clinical trials.”

If this compound works in people as well as it did in mice, it could save many lives and improve the quality of the lives that are saved. Glembotski’s research also found that the compound reduces damage to the brain in a mouse model of stroke, a development that considerably expands possible uses for the drug candidate as a
treatment for certain neurological diseases.

Glembotski credits the staff and students in his lab with contributing the hands-on research leading to these results. The students share his excitement for the potential in their findings, which were published in the high-impact biomedical research journal, Nature Communications. He has inspired at least two current graduate students to follow in their mentor’s footsteps.

“I started off at SDSU wanting to be an anthropologist,” said master’s student Alina Bilal. After taking a class with Glembotski, she said, “I loved the way he thought , the way he taught. That really made me want to join his lab…and it encouraged me to change my career path entirely.”

Chris Glembotski will present this year’s Albert W. Johnson Research Lecture, entitled “Don’t Gamble With Heart Disease: You Got to Know When to Fold ‘Em,” at 3 p.m. on March 29 in Storm Hall West 11. The lecture is free and open to the university community and to the public. 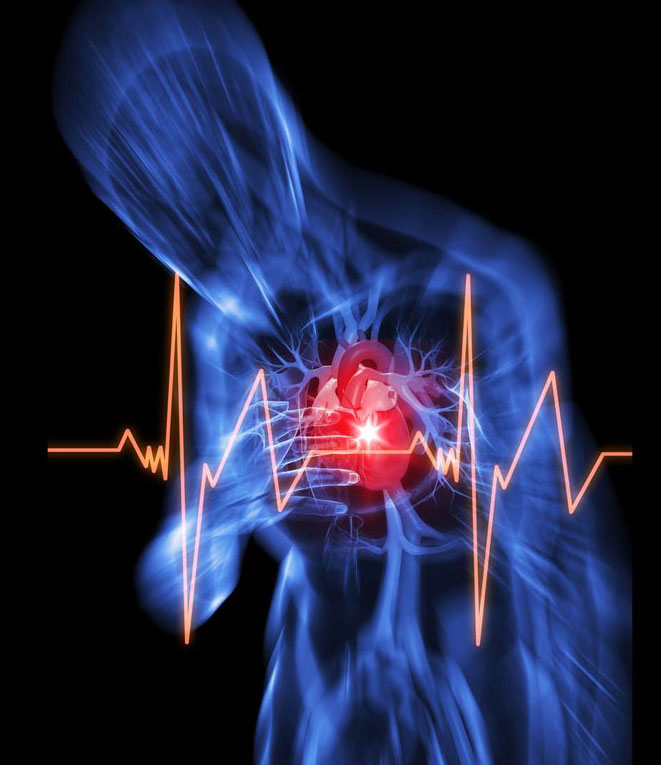